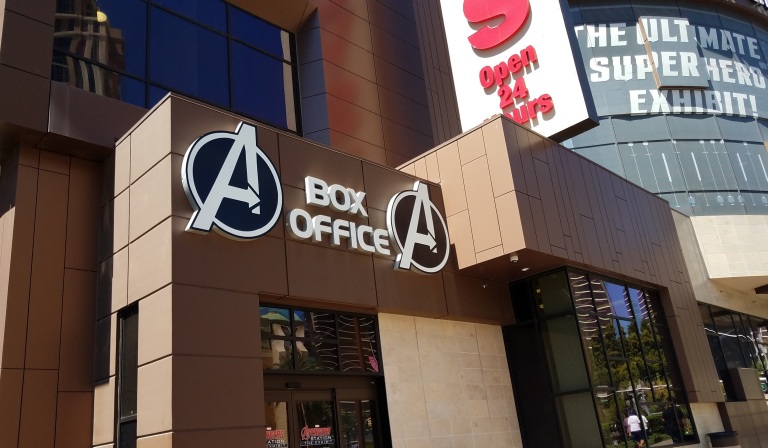 A recent trip to Las Vegas gave me a day to finally check out the Marvel Avengers S.T.A.T.I.ON. (Scientific Training and Tactical Intelligence Operative Network) located at Treasure Island Hotel and Casino.  I accessed the Avengers STATION by way of the street entrance which is on the Strip (Las Vegas Boulevard) instead of going into the casino.  The entrance and exit for the interactive exhibit is a store which has plenty of photo opportunities with various character cardboard standees as well as huge wall murals of the Avengers Characters featuring the images of the actors who play them rather than the comic character images. 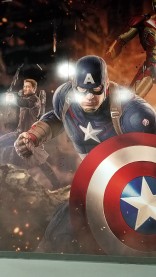 I prepaid for my ticket via Groupon which included the 3D (lenticular) commemorative ticket (an $8 value) and an Agent ID Card.  I highly recommend this deal if you are interested in the ticket and ID card.  I checked in around 1:40pm and was assigned a 2pm tour time.  The tours are self-guided, but you are let into the attraction in groups of approximately 20-30 people. 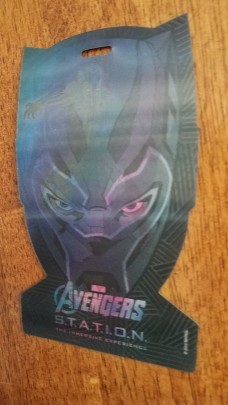 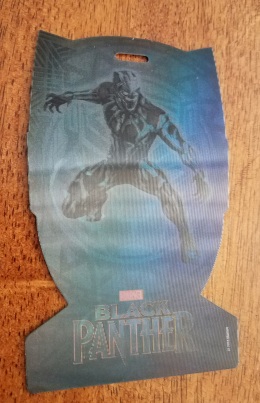 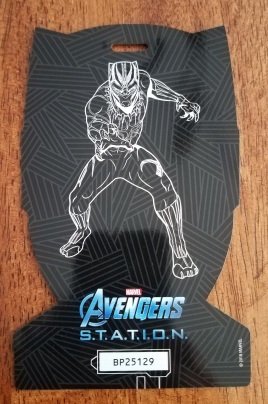 I wandered around the store and took some photos of the various photo ops.  There is also a green screen photo booth in the store which takes cash and cards.  I chose the $10 option (though my card was only charged $9), and followed the directions.  There were 4 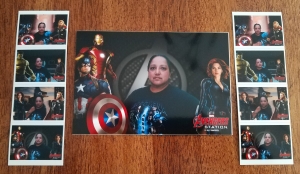 photos taken and the machine gives you clues as how to pose.  You also see what the scene is on the screen in front of you so you can pose accordingly.   When all four photos were taken, you have a choice of printouts.  I chose the 2 strips of 4 photos plus one 4×6 inch print.  You select the photo for the 4×6 print from the four options you have taken.  The prints will dispense on the side of the machine.

I checked in a few minutes before 2pm at the photo area which is also a large green “screen” wall.  They have a few toy props you can use, and you are given a photo ticket.  Then small groups are led into a briefing room where S.H.I.E.L.D. agent Maria Hill will give you instructions.  Then two doors open for to the entrance of the attraction.  Many of the displays are interactive and you can play a game to test your reflexes, or sit on Captain America’s Harley Davidson for photos.  There are electronic displays which change on a loop working as a dossier on each Avenger as you walk through the attraction.  There are also many costumes on display including seven Iron Man suits and the Hulk Buster suit. 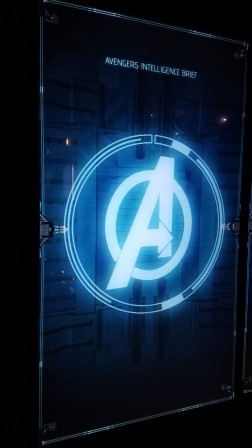 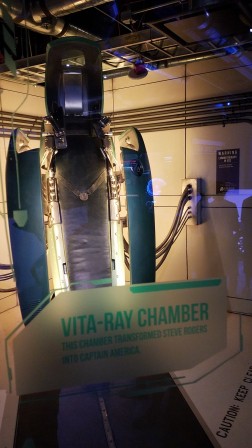 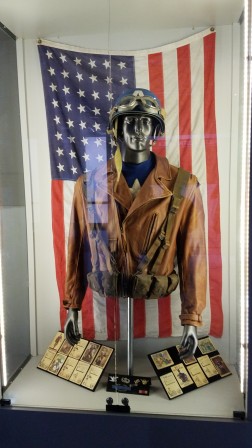 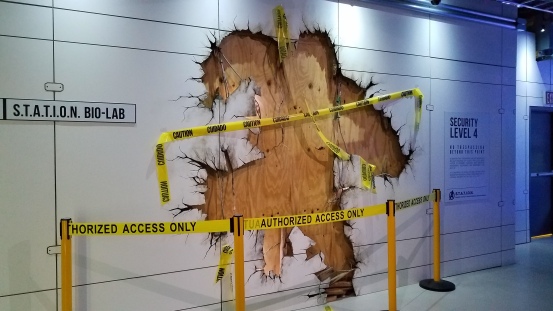 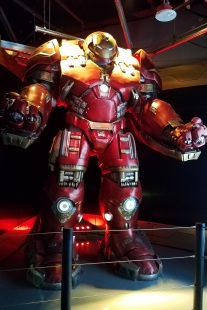 There’s a fun Hulk photo-op where you can give your best Hulk roar or “smash” which is perfect for a Boomerang app or short video.  You can also test your strength as well as watch how Br

uce Banner’s brain changes as he morphs into Hulk.

You can try to access uniforms (costumes) of Maria Hill, Nick Fury or Black Widow, but you will be denied and the reasons for denied access change.  Apparently, I was denied access due to some Hydra nanotechnology being detected. 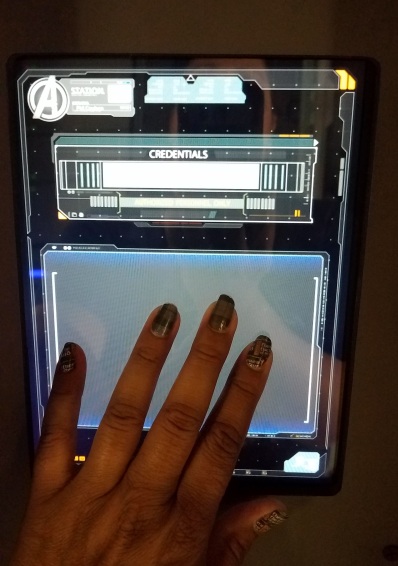 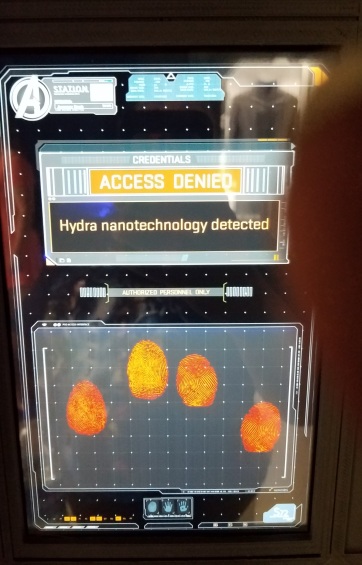 Ants on the floor will guide you to Ant Man’s location.  It’s okay to step on them; they’ll move out of the way.  Thor and Loki have their dossiers in a room together where you can test if you are worthy to pick up Mjolnir. 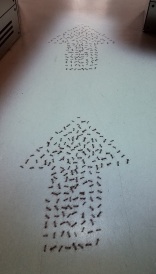 After checking out the Iron Man suits, groups of S.T.A.T.I.O.N. trainees will fight Ultron.  After you fight Ultron, you exit the attraction and enter the store where you can view the photo you took at the entrance. This is also where you can purchase and/or pick up your Agent ID card with the one of the Avengers and your choice of name. 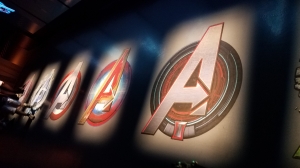 I feel like I rushed through the attraction without reading any of the dossiers and other information, and I was still inside the attraction for over an hour.  Being a self-guided tour there is no time limit and you are free to turn around and go back to previous rooms if you feel you missed something. 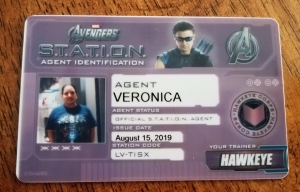 I definitely will be going to Marvel Avengers S.T.A.T.I.O.N. again, but I will take my time to read everything and do all of the photo ops inside.

The Marvel Avengers S.T.A.T.I.O.N. is wonderfully and thoroughly themed and is a must for any Marvel fan. If you are staying at Treasure Island they currently have a 2 for 1 ticket deal which doesn’t include the commemorative ticket nor the Agent ID card.  I understand that buying tickets via Treasure Island has an $8 service fee for each ticket as well.  I paid $38 on Groupon for my ticket which included the commemorative ticket and an Agent ID card. 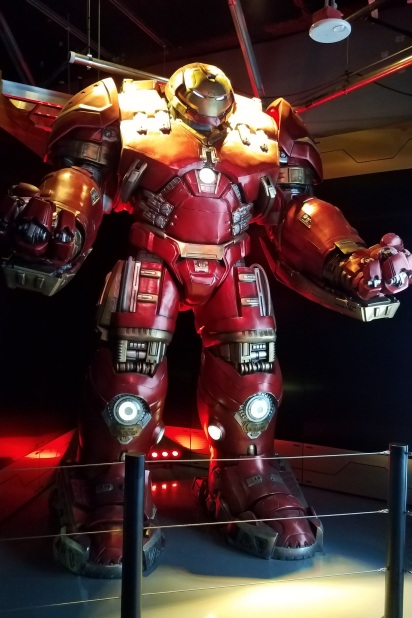 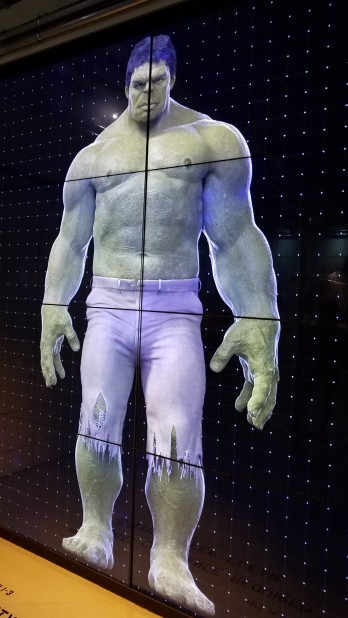 Coincidentally, when I returned to our room at Bally’s Captain America: Winter Soldier was on tv so I watched it for the 20+ time to complete my Avengers themed day.