The event began with an Imax screening of Fantastic Beasts: The Crimes of Grindewald at the AMC Theatre at Universal CityWalk.. There were donuts from Voodoo Donuts and coffee and tea available for us before the event as well as gorgeous tote bags containing buttons and keyrings.   There were costumes from the film’s characters on display while we waited to be allowed to enter the theater. 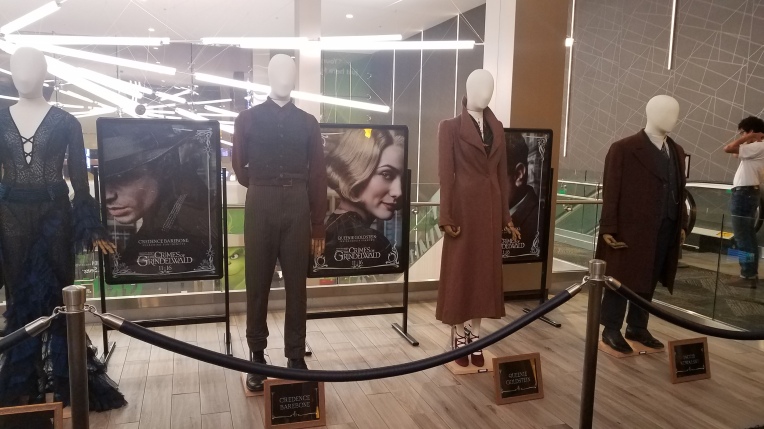 After the screening we walked to Universal Studios and enjoyed riding some rides prior to the press event with the cast members of Fantastic Beasts: The Crimes of Grindewald being held in front of Hogwarts Castle. We had been told that our wristband may get us into a viewing area for the press event, but that wasn’t the case even though there was room in the roped off area. 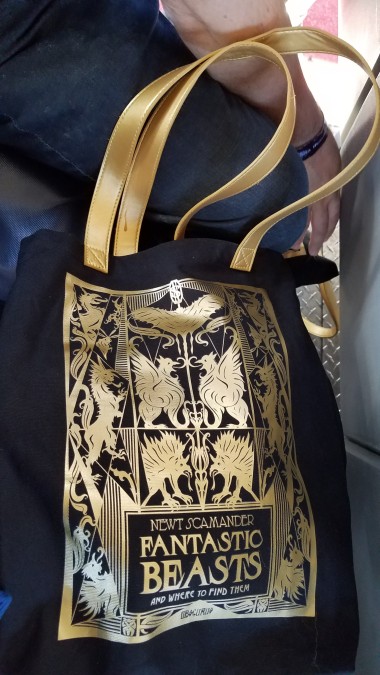 Front of the tote bag

Back of the tote bag

I did get a few photos of Eddie Reddmayne while he was giving interviews in another area of Hogsmeade prior to the main press event.

We ended up leaving shortly after not getting into the press event as the weather had gotten warmer than we had expected and we were tired since we’d been up since 3am. It was a really fun fan event, and it was completely free!

When you see Cloud 9 Superstore shopping cats at your local ReStore!!
Just watched @shangchi for the 4th? time at @chinesetheatres Imax.