The @starwarscelebration preorders have arrived!!
Or food order wasn't given to us at the beginning of our trip though the @strangerthingsdriveinto. But we mentioned it at the souvenir shop area and the guided us on how to obtain our items or get a refund. I chose not to get the ice cream with the ice cream bowl set since I was the one driving and my passenger can't eat it.

On November 19 and 20, 2016 Netflix hosted a free fan event for their “revival” of Gilmore Girls on the University of California Los Angeles campus.  I got there 2 hours early, but I still stood in a line which lasted over an hour.

You were checked in while in line which included being given a wristband and a map of the various activations.  My first stop was to take a photo in front of the gazebo, then I went to get some free coffee at Luke’s. My next stop was Taylor’s Olde Fashioned Soda Shoppe where we were given backs of saltwater taffy and small candy stick pieces.

There was also “Kirk’s Button Emporium” where you could select a button of your choice, and this great sign was posted asking patrons to only take one button. 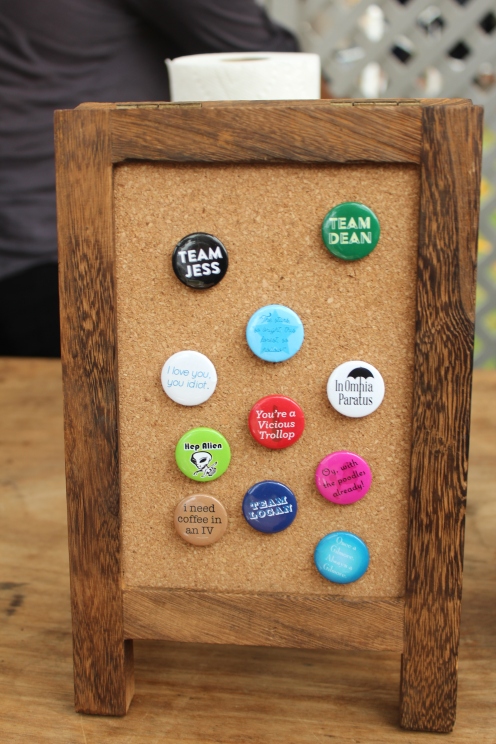 There were some black umbrellas hanging from a few trees for photo ops and they had umbrellas available for the fans to use because of the rain.  Each umbrella had “In Omhia Paratus” printed on one side so there were plenty of people taking fun photos.

There was a photo booth inside the Stars Hollow Gazette, and a large tent held “Kim’s Antiques” which contained various “antique” furniture as well as props from the original Gilmore Girls series. 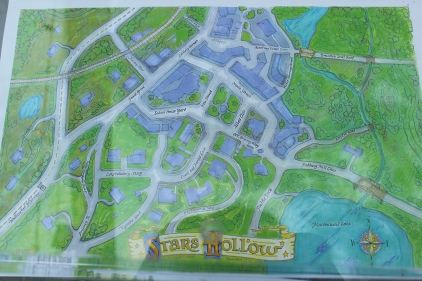 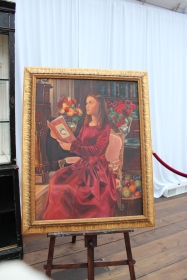 It lightly rained sporadically throughout the day, but the event was a lot of fun and completely worth waiting in lines in the rain.